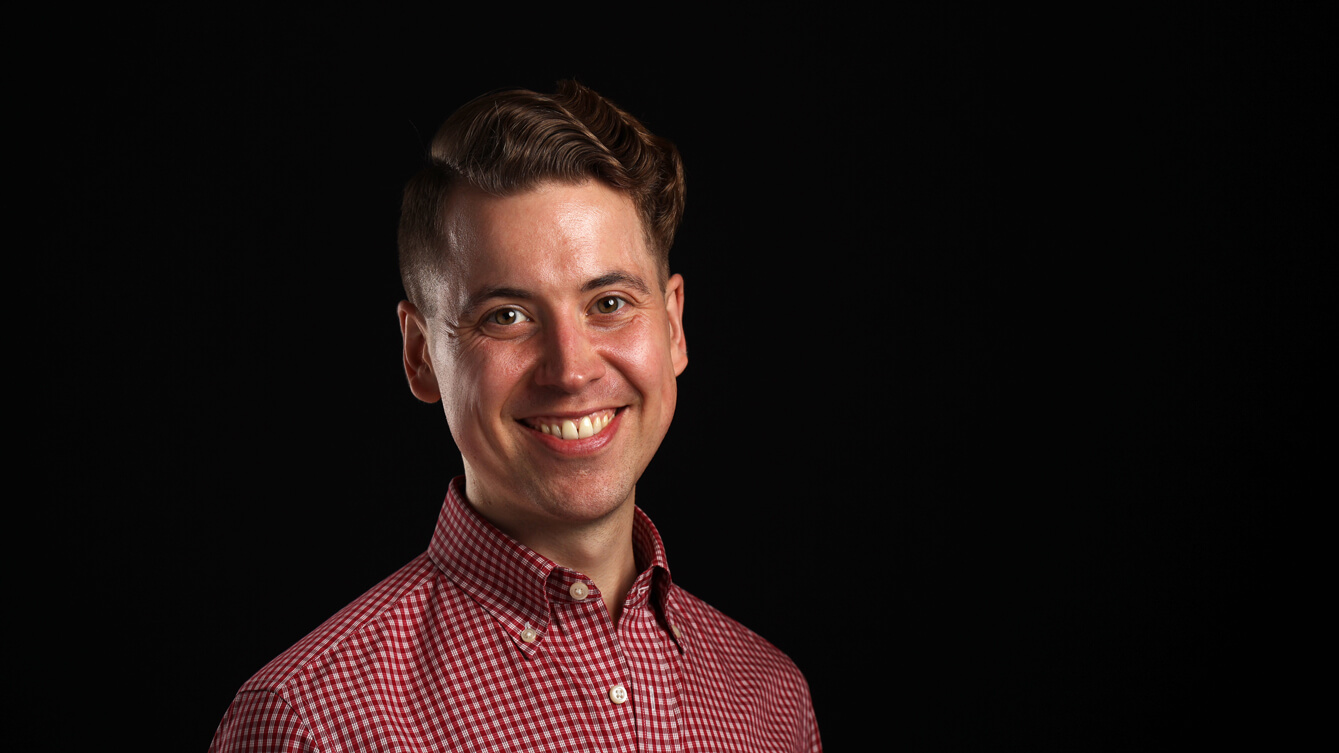 Baritone Sam Kreidenweis is excited to enter his second season with Cantus. Sam has worked with renowned ensembles including Phoenix Chorale, True Concord Voices, Skylark Ensemble, Santa Fe Desert Chorale, the Irish group Anúna, and sung for world-renowned conductors and composers such as Neil Gittleman, Craig Hella Johnson, Charles Bruffy, Michael McGlynn, Gregory Brown, and Jake Runestad. He can be heard on the GRAMMY® Award-winning recording of Rachmaninoff’s All-Night Vigil (Best Chorale Performance, 2016), a collaboration between Phoenix Chorale and Kansas City Chorale. His career has included touring and recording extensively throughout Ireland, the UK, Germany, the Netherlands, Norway, Sweden, China, and Japan. Sam’s most recent trip to Japan was with Anúna for a presentation of W.B. Yeats’ play, Takahime (The Hawk’s Well) in a ground-breaking new performance of original music by Michael McGlynn and traditional Noh actors; a performance practice never before done. Sam was also with Anúna when they performed on the Last Night of the Proms on the BBC in 2017.

Sam holds a B.M. in Vocal Performance from the University of Dayton, and M.M. in Opera Theatre Performance from Arizona State University. Notable roles between the two programs include Bob (Old Maid and the Thief), Dr. Craven (The Secret Garden), The Wolf/Cinderella’s Price (Into the Woods), and Figaro (Le Nozze di Figaro). Sam has sung in the opera choruses of Dayton Opera, Cincinnati Opera, and Arizona Opera. He also worked as an Educational Outreach Artist in Arizona Opera’s outreach program, Opera-tunity.

GET TO KNOW SAM

I’m not sure I had a moment when I knew. Singing is the one thing that I have done my entire life. From school choirs, to children’s choir, to community musical theatre, to highly competitive high school choir, and on into becoming a voice major in college, it was what I was best at and what was even better, I loved doing it. The reason I went to school for voice was because my father and I did a statistical analysis of how translatable different arts degrees were to other professions. In case I decided not to pursue a career in the arts after graduating, I wanted the degree that could most easily help me launch into something else, which turned out to be music. But, I got lucky. I started college and immediately knew that what I was doing fit me. I wasn’t sure it would work out because if I’m anything I’m a pragmatist at heart. But when I put my mind to something, I have to see it through. Was it the operatic career I was so sure I would have? Far from it. But I wouldn’t change my journey for the world.

Francis Poulenc. Cantus is about giving voice to shared human experience and in my opinion Poulenc was exactly the same. I cannot think of a better example than his Figure Humaine, a cantata depicting the Nazi occupation of Paris during WWII. The text is harsh, gripping, and viscerally real. It’s almost as if the entire piece is an onomatopoeia for human suffering. Can you even imagine what he could do for the artists of Cantus? With our sense of programming and bringing real human issues to light through music, I think it’s a match made in heaven.

Before joining Cantus I had the amazing fortune of having my career take me to many countries around the world. While I can think of several places that would be a cultural fit for us, I think we would be truly embraced in Germany. The global awareness that I experienced while working there was unlike anywhere else. Not only did it feel as though the entire country understood the importance of social awareness, they also felt compelled to participate in it. I think they would love our programming narratives. Plus, who doesn’t want to go to Germany??

Cooking, especially baking. I have a 7 year old sourdough starter named Precious. He is my pride, joy, and the one heirloom that I intend to pass on someday. I am also very into powerlifting which is a hobby that not too many people know about me, especially given my size. But hey, I can lift 2.5 times my own body weight!

Do celebrity chefs count? Because if so, Mossimo Bottura. He is the owner and creator the restaurant Osteria Francescana in Modena, Italy which has 3 Michelin Stars and has been named in the Top 5 restaurants in the world every year since 2010. This man is my food nerd idol. His energy, his insane obsession with food, his intense pride for Italy AND his intense pride for thumbing his nose at Italian tradition while also having profound respect for it, make him an almost mythical creature to me. I would give a lot to meet him in person.

The premier of Les Sacre du printemps (The Rite of Spring) by Igor Stravinsky on May 29, 1913 at the Ballet Russe. This opening is famed for the alleged “riot” that it caused in the audience due to the music’s garish and avant-garde nature as well as the bawdy choreography by beloved dancer, Vaslav Nijinsky. Even if the evening was less of an uproar than is rumoured to have happened, it would be incredible to be there when the piece that largely influenced so much of the music of the 19th-century was first performed. I can still remember the first time I heard it as a child while watching Disney’s Fantasia and thinking it was the most insanely captivating thing I had ever heard which… tells you a lot about the kind of child I was. Even Stravinsky himself later admitted that he would never again write something so complex.

Paper Airplane by Alison Krauss and Union Station. I am absolutely sure that I have listened to this album from start to finish well over a hundred times. I know every word and there are still songs that clench my heart when I hear them. I think it’s the greatest album ever written since there isn’t a single weak song in the lineup.

We are making rellevent art. We are not in the world of choral music simply to create beautiful artistry. We find that art is made more beautiful when it takes on the beauty, the ugly, the joy, the pain, literally every part of what it means to be in the world. You will see and/or find a part of yourself in every one of our concerts.

This is an impossible question but I will go with the day that immediately popped into my head when I read the prompt. I spent my 30th birthday working a gig in Germany but had made plans to get together with my friends a few weeks later in Salzburg, Austria when I had time off. This was also around the time of my friend Joel’s birthday so the two of us and all our expat friends got together for a Heuriger Hike in the mountains around Salzburg. A Heuriger is an Eastern Austrian tavern that is given special license to sell young wine by local winemakers in that lush wine producing region. They literally cover the mountains around Salzburg. We spent the entire day half hiking, half day drinking around roughly ten miles of trails and roads that led from one winery or tavern to another. By the time we came off the mountain and eventually found a beer garden to finish the night with a huge Austrian dinner and of course more drink, the sun was barely visible and we were exhausted but euphorically happy. As I looked around the table at these friends, some who I had known for years and some I had just met, I realized that I really was, and still am one of the luckiest people I know.