Cantus recordings are available as CDs and most are also available as downloads (iTunes or mp3). To order by phone, please call (612) 435-0055. 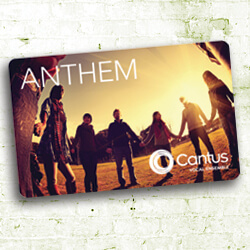 This EP recording, Anthem, features six new tracks from Cantus recorded live in concert, exhibiting the energy and excitement that a live performance creates! With everything from A. R. Rahman’s Bollywood-infused “Wedding Qawwali” to a Balinese monkey chant, Anthem explores how various cultures join together in song. Available exclusively in a download card format. 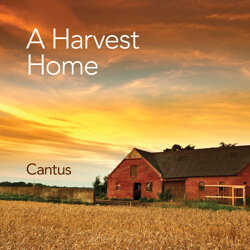 For years, public radio listeners around the country have celebrated “Thanksgiving with Cantus” with American Public Media. This fall, Cantus releases a recording of beloved songs celebrating the joy of the holiday. A Harvest Home includes original arrangements of favorite hymns, American folk tunes as well as new compositions by Ysaye Barnwell, Byron Adams and pieces by Edvard Grieg, Felix Mendelssohn and Randall Thompson. 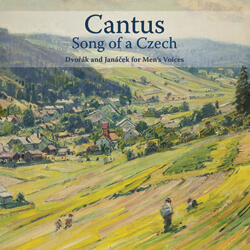 Song of a Czech, focuses on the works of Antonín Dvorák and Leos Janácek, who were two of the giants of Czech musical history, as well as great personal friends. Both wrote music for male chorus, taking similar inspiration from folksongs of their native lands of Bohemia and Moravia, and from all over Eastern Europe. Janáček dedicated his “Four Male Partsongs” to Dvořák, who dubbed them “a gift with great promise, and in these times a truly special one.”

These lifelong musical conversations between two of the most beloved Czech composers undoubtedly played an integral role in shaping the national choral sound, and even the development of European choral music in the 20th century. With this new recording of repertoire by these “Bohemian brothers,” Cantus explores literature rarely heard outside of Eastern Europe, lending their trademark warmth, blend and exemplary musicianship to these fascinating and rarely recorded treasures of the choral canon.

Sir Isaac Newton famously said, “If I have seen further, it is by standing on the shoulders of giants.” There are artists who have left an indelible mark in music with works that are both timeless and instantly recognizable. On the Shoulders of Giants celebrates the influence and inspiration of composers who have come before us. Including repertoire that spans nearly a thousand years from “Sederunt”—one of the first known works of polyphony—to U2’s “MLK,” along with works by Sibelius, Mendelssohn, Schubert and Randall Thompson, Cantus delivers performances with its trademark warmth and blend. 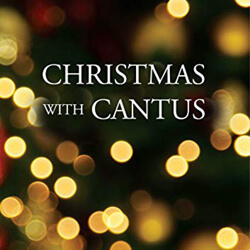 In Christmas With Cantus, the men of Cantus bring the sounds of the holidays to you and your family. Including audience favorites “Do You Hear What I Hear,” “Carol of the Bells,” “Noel Nouvelet,” “Have Yourself a Merry Little Christmas,” and of course the Franz Biebl “Ave Maria,” this collection of songs old and new is full of light and life. 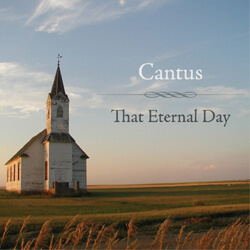 “…the Cantus recording offers many satisfactions, none greater than a touching, ineffably simple performance of “The 23rd Psalm (dedicated to my mother)” by Bobby McFerrin.”
– The New York Times

That Eternal Day is a wonderful collection of American sacred music. Including audience favorites “There’s a Meeting Here Tonight,” “Wanting Memories,” and Bobby McFerrin’s “The 23rd Psalm (dedicated to my mother),” this program of music is emotionally invigorating and musically fulfilling. New arrangements of “Keep Your Lamps,” “Sweet By and By,” and “Simple Gifts” alongside pieces by William Billings, Moses Hogan, and Paul Manz are a comfort to the soul. 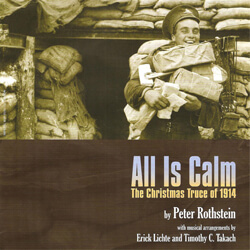 The Western Front, Christmas, 1914. Out of the violence comes a silence, then a song. A young German soldier steps into No Man’s Land singing Stille Nacht (Silent Night). Thus begins an extraordinary night of camaraderie, music, peace. Re-live this remarkable true story from WWI through the words and songs of the men who lived it. The original cast recording from the highly acclaimed collaboration between Cantus and Theater Latté Da is now available. Enjoy this radio musical drama for holiday seasons to come. By Peter Rothstein, with musical arrangements by Erick Lichte and Timothy C. Takach. 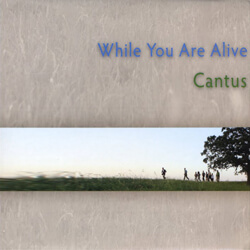 While You Are Alive is an outstanding collection of music, a worthy contribution to the library of classical male choral repertoire. The album celebrates life through a gorgeous marriage of poetry and music. We include a new commission from Steven Sametz, who sets the poetry of Walt Whitman, a choral favorite from Eric Whitacre, a new nine-part work for Cantus by Edie Hill, a world premiere recording by Timothy C. Takach, a delightful piece by Veljo Tormis featuring SPCO flutist Julia Bograd-Kogan, and “The Turning,” the musical result of composer Maura Bosch’s work with Cantus, The American Composer’s Forum and the Tubman Family Alliance. 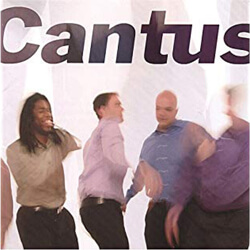 Cantus’ programming at its finest represents a great mix of styles and influences. On Cantus we’ve decided to showcase this variety on one recording. We’ve included a new commission from Lee Hoiby and paired it with a popular song by Billy Joel. We’ve included early 20th century Russian sacred music next to early 21st century American sacred music. We have two show-stoppers – a Smokey Robinson tune and a spiritual that has a splash of gospel. And preceding a semi-theatrical setting of Casey at the Bat we sing an amusing faux-Finnish piece. The programming keeps you listening from beginning to end, just like it does in a live concert. 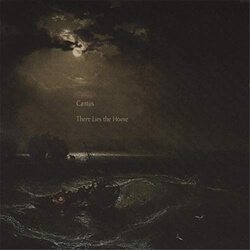 Cantus proudly presents There Lies the Home, a song cycle based on man’s journey across the sea. This exciting and heartfelt album features works by Stanford, Tormis, Beach and Sting, and includes the world premiere recording of A True Heart is Waiting by Edie Hill. Art songs, folksongs, new commissions, modern masterworks and pop songs come together to weave the tale of one man’s journey across the waters in a way that has become the hallmark of Cantus. 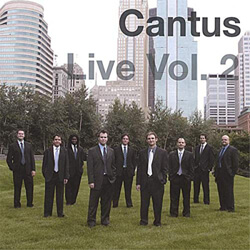 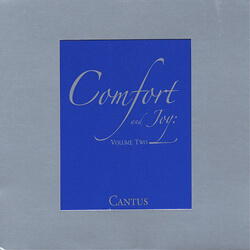 Conceived as a whole, Comfort and Joy tells the Christmas story from two different perspectives and two separate attitudes; the music of Volume One embodies the feeling of Christmas comfort, while Volume Two’s repertoire focuses on Yuletide joy. To tell the Christmas story in song, Comfort and Joy: Volume Two highlights Cantus’ diverse repertoire and focuses on music from around the world. Standout tracks include Babatunde Olatunji’s “Betelehemu,” Ariel Ramirez’ “Los Reyes Magos” and a 5/4 jazz arrangement of “Deck the Halls.” 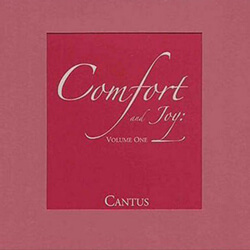 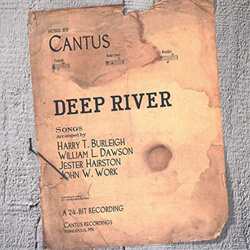 Deep River is a treasury of African-American Spirituals. This album features some of the most beloved American folk songs such as “Ezekiel Saw de Wheel,” “Were You There,” “Swing Low, Sweet Chariot” and “Soon Ah Will Be Done.” Deep River also delves into the roots of American roots music by exclusively featuring music by the preeminent first and second-generation African-American composers – Harry T. Burleigh, William Dawson, John W. Work and Jester Hairston – in both well known and long forgotten arrangements of these immortal songs. 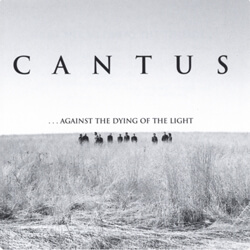 …against the dying of the light takes the listener on a journey from the depths of despair to the pinnacles of joy, featuring rarely heard virtuoso works for male choir by Carl Orff, Jean Sibelius, Samuel Barber, Josquin Des Pres and Claude Debussy. The newly commissioned “Two Laments on Dylan Thomas” by Kenneth Jennings, Schubert’s haunting “Grab und Mond” and Randall Thompson’s “Alleluia” are saturated with Cantus’ emotionally-charged singing. 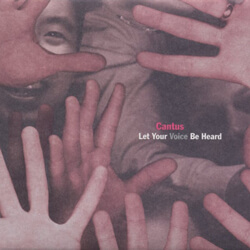 This recording is an eclectic mix of music from all over the world. The selections range in style from “El Yivneh Hagalil,” a Hebrew folk song, to “Dulaman,” an Irish dance, and a unique Georgian wedding song. Familiar favorites “Danny Boy” and “Loch Lomond” and exhilarating performances of pieces such as “What Shall We Do With a Drunken Sailor” and “One By One” add to the energy and diversity of the program.