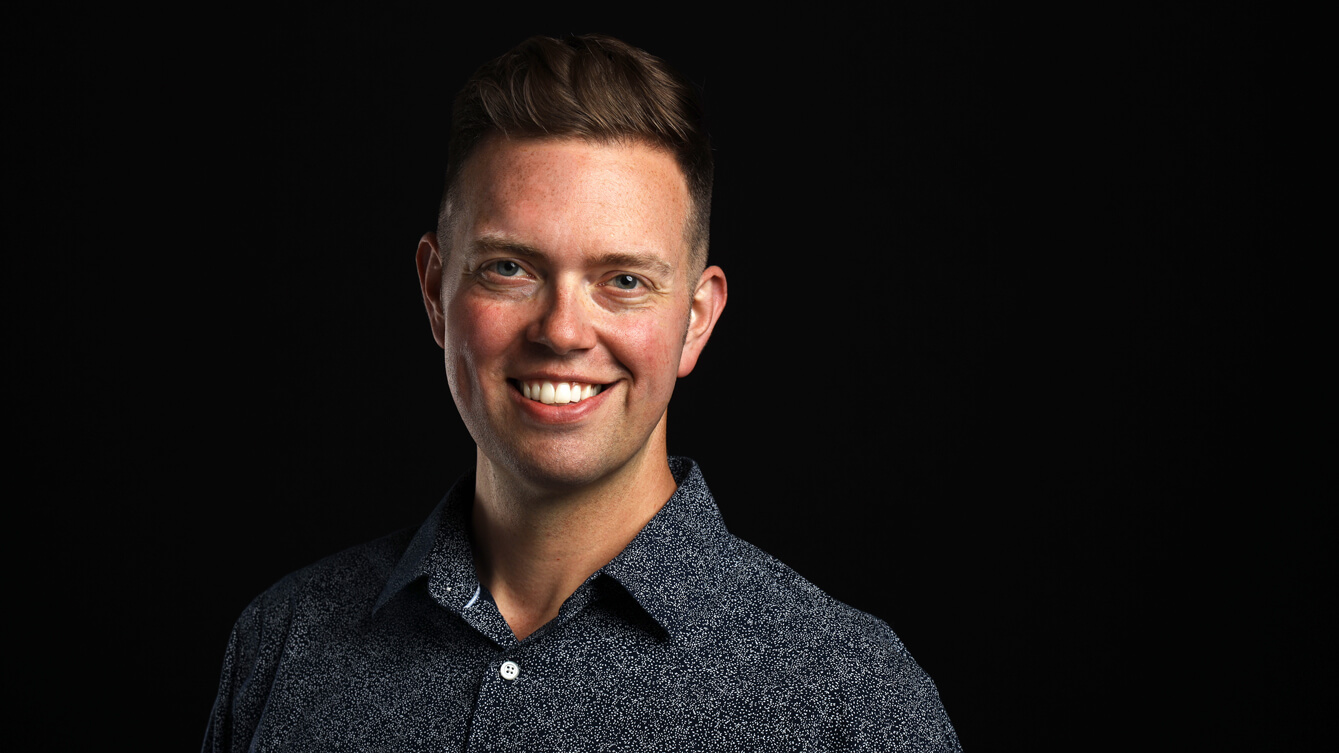 Described as having a “deep, expressive voice” and “setting a high theatrical bar,” by the St. Paul Pioneer Press, Samuel Green is a versatile singer and voice over artist.

Prior to joining Cantus, Samuel was a sought after musician in the thriving Kansas City arts scene, lending his voice to several ensembles including the GRAMMY® Award Winning Kansas City Chorale under the direction of Charles Bruffy, the Simon Carrington Chamber Singers, and Kantorei of Kansas City, among others. In addition to chorister experience, Samuel has taken the stage performing jazz, barbershop, southern gospel and country music as a soloist and ensemble musician.

Samuel also uses his talents as a voice over artist. His recent projects include online tutorials and videos, spoken word for new compositions, and other freelance work.

While on vocal rest (when he’s not using his voice), you can find Samuel reveling in the bustling metropolis that is the Twin Cities, quietly engaging with nature and poetry on a hike, drinking Minnesota beers, or enthusiastically watching St. Louis Cardinals baseball at home.

GET TO KNOW SAMUEL

I started singing as a senior in high school with a southern gospel quartet made up of friends from choir. For 5 years, we had few free weekends, performing frequently at local churches and social events. The fun I had while performing, the bond that was formed with my fellow singers, and the connection I made with audiences instilled in me the desire to sing for a living. Cantus has provided me with the most fun job I’ve ever had.

I would love to hear what Caroline Shaw would write for tenors, baritones and basses. Her Pulitzer Prize-winning composition for Roomful of Teeth, Partita for 8 Voices, makes me want to high five everyone in the room when I listen to it.

The countries of Scandinavia are beautiful. I would love to visit Sweden and Finland again, and definitely Norway! I would totally buy a souvenir sweater.

I’m a lifetime St. Louis Cardinals baseball fan. I follow the team closely year-round. I’ve also invested more interest in soccer over the past few years. Minnesota United FC is my team. COME ON YOU LOONS!

I would love to spend a day with Thurl Ravenscroft. He was the voice behind Tony the Tiger, the soloist in “You’re a Mean One, Mr. Grinch,” and countless other Hollywood credits. I think we would just have coffee and make low sounds at each other. Maybe sight read some hymns.

Time travel is dangerous. I would stay in the present.

Time by Louis Cole. Check it out.

Since I read slower than I watch movies, I’d bring the complete Calvin and Hobbes Box Set, and all of the Harry Potter books. There. Three. I’m good at math.

Cantus is unlike any other vocal group you will see or hear. Every program we stage and each piece of music we perform has eight artists’ fingerprints on it. The artistic product of Cantus is collaborative in every sense.

For me, any day that I can spend time with people I care about, eat good food, and give a hearty belly-laugh is a great day.